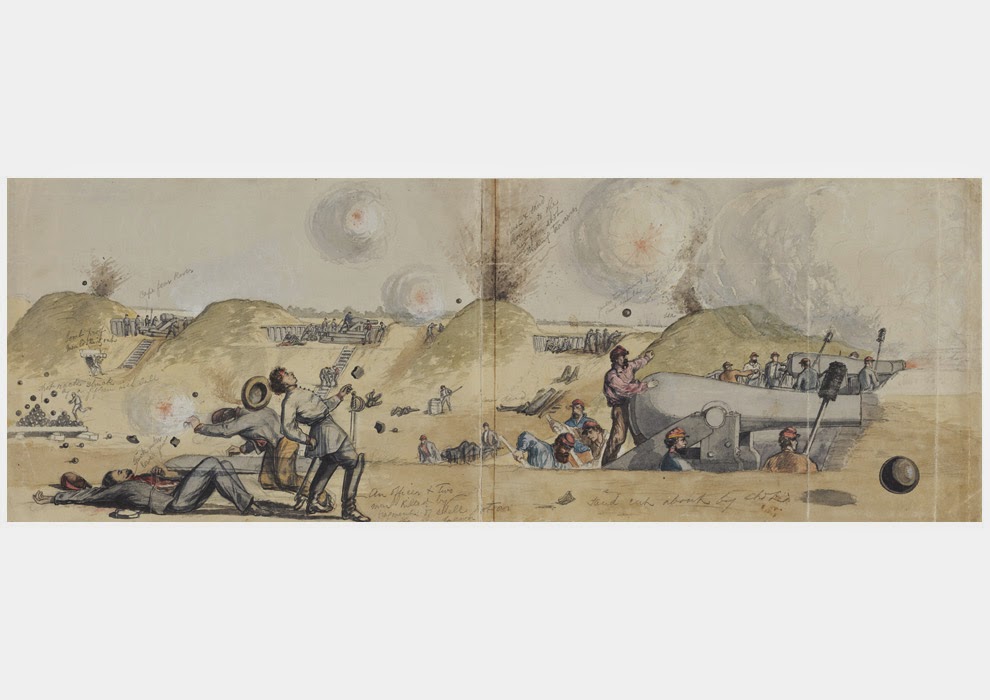 
FEBRUARY 21ST-22ND, 1865:  The gunboat fleet of Rear Admiral Porter closed in on Fort Strong and opened rapid fire "all along the enemy's line" to support the Army attack ashore as it had throughout the soldiers' steady march up both banks of the Cape Fear River.

The next day, 22 February, the defenders evacuated the fort and Porter's ships steamed up to Wilmington, which earlier in the day had been occupied by general terry's men after General Bragg had ordered the evacuation  of the now defenseless city.

That same day, the admiral wrote Secretary Welles:  "I have then honor to inform you that Wilmington has been evacuated and is in possession of our troops ....  I had the pleasure of placing the flag on Fort Strong, and at 12 o'clock noon today shall fire a salute of thirty-five guns this being the anniversary of Washington's birthday."

As Raphael  later wrote:  "...we had lost our last blockade-running port.  Our ports are now all hermetically sealed.  The anaconda has, at last, wound his fatal folds around us."

So Long Wilmington.  --Old B-Runner
Posted by RoadDog at 5:48 AM